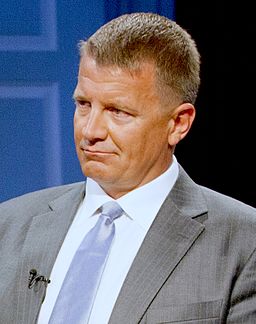 Why is this important?

Because it shows that Trump – or at least those close to him who are now in his administration – were associated with or attempting to broker deals with Russia even before Trump was sworn into office.

Who is Prince and what is his association with the Trump Administration?

Prince is infamous for his ownership of Blackwater, a company guilty of abuse and corruption during the Iraq War.  (Blackwater guards were convicted in killing innocent Iraqi civilians in 2007.)

Prince has not made a secret of his love and support for Donald Trump.  He donated a quarter of a million dollars after the Republican Convention to get him elected!

I know that I said in an earlier post (Is It Time to Come Together?) that we should give the incoming President and his administration a chance.

Well, chance has been given!

It is now becoming crystal clear that Trump and his inner circle have not been on the level with the American People.  At best, Trump is what Marco Rubio called him, a con artist.  At worst, Trump and his people could turn out to be actors and agents of a foreign power that does not have our best interests, Trump acting either consciously or out of pure greed and power.

Either way, best or worse, it is now time for all of us to keep a close eye on this White House.  Much worse than the Nixon Administration Watergate, the Trump Administration could well threaten our very core or nation and our security!